Best Type of Cinnamon for Baking

Best Type of Cinnamon for Baking

The most widely used and incredibly beneficial spice is Cinnamon. After salt and pepper, cinnamon is probably the seasoning we all become familiar with as children. But do you know what the best type of cinnamon for baking is?

In addition, one of the favorite household spices and has been used for centuries all around the world is Cinnamon. The pleasant flavor and warm smell make it incredibly popular in cooking, especially in baking and curries. It is nutrient-rich and considered a blood sugar regulator.

Besides adding flavor to your favorite dishes, it also has unlimited health benefits and has been used for its medicinal properties. This comprehensive post will discuss everything related to cinnamon, including its types and health benefits.

After reading this post, you will be a cinnamon professional. You will know that there are many cinnamon types for baking, and they are not all the same. So, let’s get started!

Cinnamon is a flavoring or spice that comes from the bark of several cinnamon tree species. The cinnamon tree’s outer bark is peeled and then dried in the sun to make cinnamon sticks. The sticks naturally curl as they dry because of the circular shape of the tree.

There’re over 250-plus cinnamon species, which leads to information overload. The two main types are Cassia cinnamon and Ceylon cinnamon. Cassia cinnamon is the regular type of cinnamon that we can easily find at stores. These cinnamons have a bit spicier taste.

While Ceylon cinnamon is considered the real cinnamon, these cinnamons are mild in flavor and mainly grow in Sri Lanka. They have a less bitter and lighter taste than Cassia cinnamons.

Cassia Cinnamon is sometimes also referred to as Cinnamomum aromaticum.  Southern China is Cassia Cinnamin’s origin, which is why it is also known as Chinese cinnamon. It is dark brown-reddish and has thicker sticks with a rougher structure. Cassia cinnamon is cheap and considered lower quality cinnamon.

That is why Cassia cinnamon is more common, readily available, and consumed all across the globe. Most of the cinnamon available in the supermarkets is Cassia cinnamon. Besides using Cassia cinnamon for baking, it is also used in traditional Chinese medicines. About 90% of its oil is cinnamaldehyde, so Cassia cinnamon has a more substantial, spicier flavor than Ceylon.

Ceylon cinnamon, on the other hand, originates from Sri Lanka and the southern parts of India. It has tan-brown color and contains tight sticks with soft layers, providing an extremely desirable quality and texture. Unlike Cassia cinnamon, Ceylon cinnamon is less known. It is also more expensive than Cassia cinnamon and has a mildly sweet flavor, making it best for desserts.

Though both are known as cinnamon, Ceylon outshines Cassia in health benefits. There’re endless ways to use both these cinnamons because of their versatility. Besides being an incredibly delicious spice, cinnamon also offers various evidence-based health benefits. Below are some key health benefits of cinnamon:

2.      It Regulates Blood Sugar Levels and Lowers the Risk of Type 2 Diabetes

According to a 2015 animal study, they found out that Ceylon cinnamon helps reduce blood sugar levels. The review further stated that 50 people with type 2 diabetes who consumed 6 grams of cinnamon for up to 40 days had lower triglycerides, serum glucose, and low-density lipoprotein cholesterol.

Cinnamon is also beneficial in reducing blood pressure. It indicates that the consumption of spice could help to lower blood pressure. The finding is hopeful, but, it wouldn’t be wise to recommend cinnamon to control blood pressure until an RCT (Randomized Control Trial) involving many patients is conducted.

Some scientific studies also indicate that cinnamon is also helpful in preventing Alzheimer’s disease. According to animal studies, an extract in cinnamon bark (CEptt) contains characteristics that help eliminate symptoms from developing. In this regard, a significant decrease of Alzheimer’s features like amyloid plaques happened in mice who received cinnamon extract. However, more study is required to confirm the effectiveness of the extract.

According to a research of Indian medicinal plants conducted in 2000, it is found that cinnamon extract may help to fight against HIV. During the investigation, up to 69 extracts were tested, and it is found that cinnamon cassia was the most effective one among other cinnamon types to reduce HIV symptoms and activities. Moreover, during a study in 2016, scientists also discovered an extract from cinnamon showing anti-HIV activity.

However, it doesn’t mean that foods that contain cinnamon can treat or reduce HIV, but hopefully, the extracts could become a crucial part of HIV therapy.

6.      Cinnamon Is Rich in Antioxidants

Antioxidants help protect the human body from oxidative damage done by free radicals. Cinnamon is an antioxidant-rich spice and contains polyphenols. According to research, cinnamon is the clear winner, even outperforming superfoods, such as oregano and garlic, when it comes to antioxidant activity. It is compelling and can serve as a natural food preservative.

So, what is the best type of cinnamon for baking?

Best Types of Cinnamon for Baking

When it comes to the best type of cinnamon for baking, Indonesian cinnamon (Korintje) captures the crown. This Java and Sumatra cultivated cinnamon comes from the Cinnamomum Burmannii tree. Besides nostalgia and potency, it’s two to three percent oil allows a wild and earthy spice to build. Cinnamon is best for desserts and meat rubs.

Are you looking for a robust cinnamon flavor? Then look no further than Vietnamese cinnamon. It is assertive and can easily mingle with other spices, such as ginger, nutmeg, and cloves. Because of its bold flavor and sweetness, it is among the best cinnamon types for baking. However, if you are not looking for a robust taste, you can use half of what your recipe needs to avoid an overwhelming cinnamon flavor.

Next on our list of the best cinnamon for baking is Chinese cinnamon comes. It is from the bark of evergreen plants in Southeastern China, clocking at three to four percent of volatile oil. It’s got an unusual odor, and besides a lingering kiss of heat, it does not impact much on the flavor front.

It is another delicious type of cinnamon for baking that comes from Northern Vietnam. Vietnamese Cinnamon Chips are considered an essential ingredient in international cuisine. You can use it in almost all the recipes, such as baking goods, cinnamon tea, savory dishes, etc. It has a sweet and a bit soars flavor to make your recipes more delicious.

Indian cinnamon sticks (Dalchini) come from the Kerala mountains and clash at 2.7 percent; the oil content is far greater than tepid Ceylon quills. It is a suitable choice for dishes, such as biryani, rice pilaf, curry, etc. However, it would be best only to consider this cinnamon if you like your food to smell.

Here is another type of cinnamon for baking.  This is my personal favorite! While it is not easily found in local groceries, some do carry it. I buy mine from Amazon in one pound bulk packaging. Then we transfer it to a mason jar for easy usage.

Regardless of its name, it is native to Sri Lanka. Its warm, nutmeg-like flavor makes it suitable for dishes that don’t have many conflicting flavors.

Wrapping Up for the Best Cinnamon For Baking

Cinnamon is an incredibly delicious spice that you can add to your coffee, breakfast cereals, or favorite dishes. Besides being delicious, making it a part of your diet is beneficial to your health. Although consuming a small to moderate amount is safe, cinnamon’s excessive use also has some side effects. So, we recommend you counsel your doctor before consuming it to get the best possible results. Don’t forget to share us your favorite best cinnamon for baking! 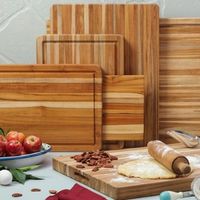 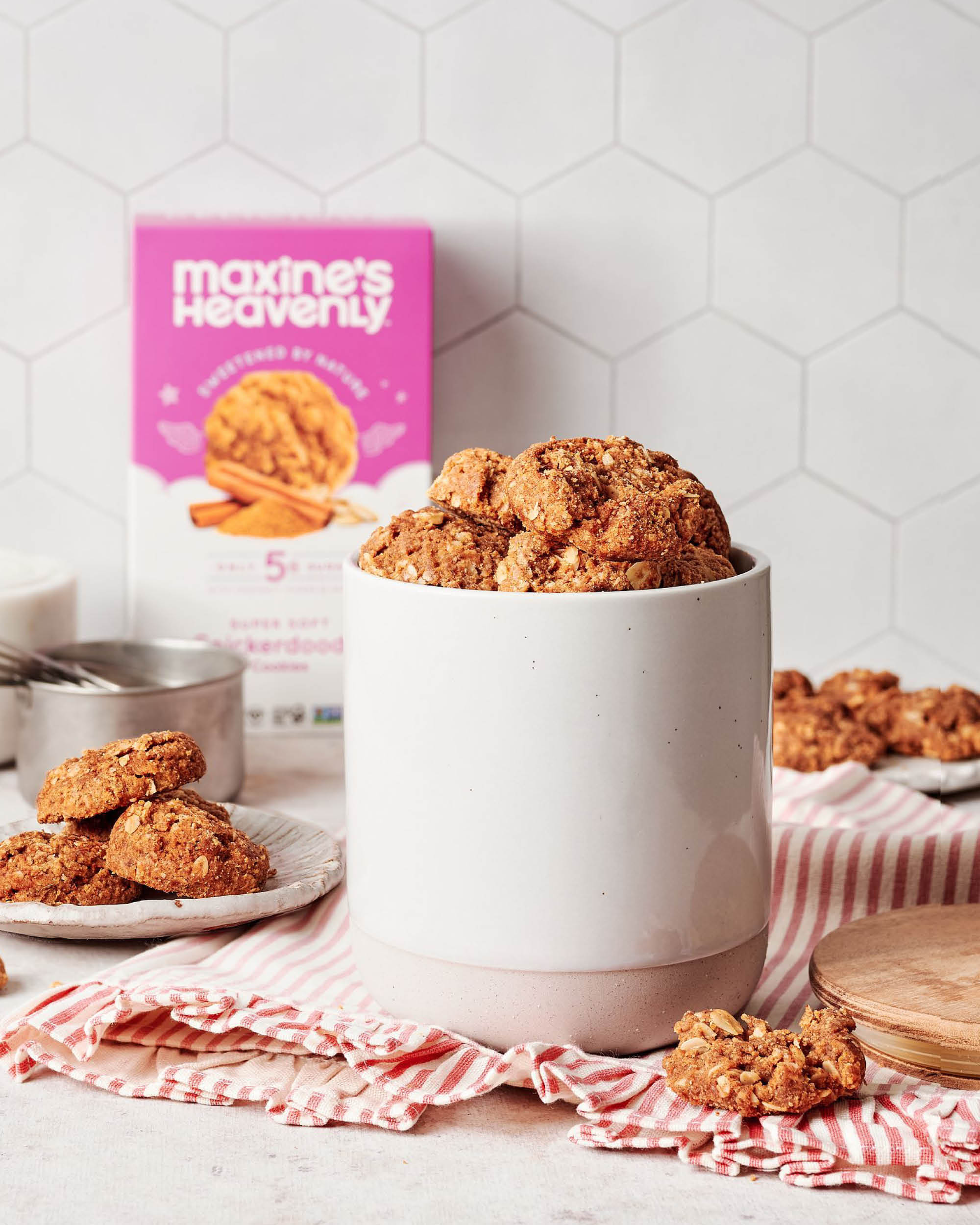 We use cookies on our website to give you the most relevant experience by remembering your preferences and repeat visits. By clicking “Accept All”, you consent to the use of ALL the cookies. However, you may visit "Cookie Settings" to provide a controlled consent.
Cookie SettingsAccept All
Manage consent

This website uses cookies to improve your experience while you navigate through the website. Out of these, the cookies that are categorized as necessary are stored on your browser as they are essential for the working of basic functionalities of the website. We also use third-party cookies that help us analyze and understand how you use this website. These cookies will be stored in your browser only with your consent. You also have the option to opt-out of these cookies. But opting out of some of these cookies may affect your browsing experience.
Necessary Always Enabled
Necessary cookies are absolutely essential for the website to function properly. This category only includes cookies that ensures basic functionalities and security features of the website. These cookies do not store any personal information.
Non-necessary
Any cookies that may not be particularly necessary for the website to function and is used specifically to collect user personal data via analytics, ads, other embedded contents are termed as non-necessary cookies. It is mandatory to procure user consent prior to running these cookies on your website.
SAVE & ACCEPT
error: Content is protected !!

Use this handy chart to make baking easier!